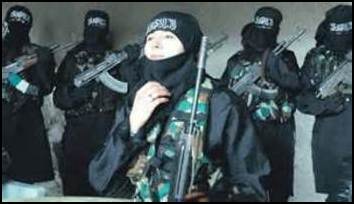 Many Americans are becoming confused as The White House has bounced between the two acronyms “ISIS” and “ISIL” and are left wondering what the difference is.

The majority of media are using the acronym ISIS so it is no wonder that when government officials of the United Nations, U.S. State Department and President Obama, have switched to using ISIL confusion ensues.

This distinction is very important because our administration use “ISIL instead of ISIS to emphasize the group’s goal to expand its influence beyond the borders of Syria and Iraq,” according to WCHS6.

ISIS is an al-Qaeda associated faction and is accountable for thousands of deaths during the Syrian civil war and also in Iraq. Building a new country is their aim. This new country would consist of Syria, Iraq and some other Middle Eastern Countries.

ISIL, on the other hand, is “now being used by the U.S. State Department as well as the United Nations, since the group wants to extend that influence even further,” reported CBS5. “That reach is called…the Levant. Therefore they are the Islamic State of Iraq and the Levant, or ISIL.”

CNN reported, “The U.S. has stuck with ISIL because the group appears to have to set its sights beyond Iraq and Syria. And also because Washington doesn’t want to recognize their plans for a caliphate.”

“We believe this is the most accurate translation of the group’s name and reflects its aspirations to rule over a broad swath of the Middle East,” vice president for The Associated Press reported. “…so better stick to ISIL and clarify that it’s the same as ISIS, but a more accurate translation from the Arabic.”

CNN went on to report that “The jihadists,” on the other hand, “like to refer to themselves simply as the Islamic State, a term more accurately reflecting the organizations aspirations of creating a caliphate across national borders.”

Though both ISIS and ISIL are both correct to use and refer to the same terrorist group. The term ISIL encompasses more geographical territory and is, therefore, being used by government officials to avoid confusion. The irony isn’t lost on many.