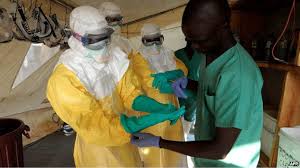 On the surface, the Presidential order to send 3,000 military personnel to Ebola-ridden is nothing but sheer lunacy. This 3 day old order have left people scratching their heads  and wondering if Obama has lost his mind.

This article will shed light on the fact that Obama is acting with depraved indifference and the evidence is clear, Ebola is much more contagious than the government is telling the people and the available science speaks clearly to this fact.

Doctors Are Condemning the Sending of US Troops to Liberia

Dr. Lee Hieb, former president of the Association of American Physicians and Surgeons has stated that “You can see that these doctors, who are highly trained people, got themselves infected… So sending troops into an area, if they’re dealing one-on-one with a patient, they’re not going to be able to protect themselves very well. It’s not easy to [prevent transmission], because you…