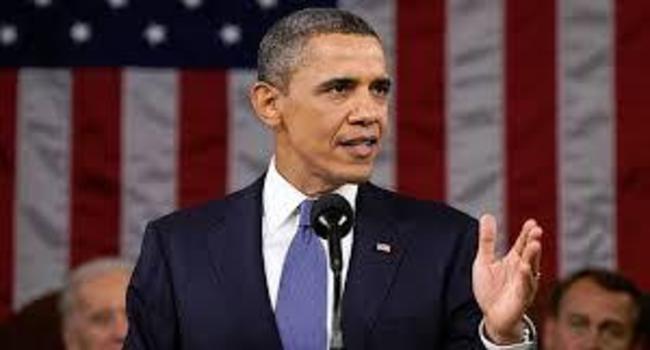 Have you noticed that the world seems to be in utter turmoil? Chaos abounds just about everywhere you look, and in the middle of it all, you’ve got Barack Obama trying to tell the world he’s still relevent. Waving his hands in the air like he’s signaling a plane as if to say, “Hey! I’m still here! They told me 8 years….it’s only been 6!”.

You got your first clue of Obama’s lack of importance with Syria. Here’s this little piss of a country that isn’t much bigger than my bedroom closet, and I think my closet probably has more money in it. And Syria is pushing Obama around over chemical weapons. Then you’ve got Iran, not necessarily the puny kid on the block, but let’s be frank here…these guys are not a world power by any definition you want to use. They are pushing Bobo around like he’s the overweight kid in gym class trying to run the 100 yard dash without falling over…or reaching for his inhaler. Then you’ve got North Korea, another pissant state that has a gross national product of what? $18? And they treat us like a red-headed step sister after a bad date.

And now you have people like John Boehner, who, let’s face it…has been waiting for his moment to shine, and got it after the State of the Union on Tuesday. Hours after Bobo finished speaking….hell, the limo hadn’t even cooled off from the ride back to 1600 Pennsylvania Avenue, Boehner is on the phone with Bebe Netenyahu telling the Israeli Prime Minister that he’d love to have him come and address a joint session of congress…tweeking Obama’s ears in the process (Bobo and Bebe don’t get along real well). Well, that was like kicking the hornet’s nest. Now, Obama says there WILL be a price to pay for snubbing him! Oh, yes…there WILL be a price to pay. He’s going to sign an executive order demanding, no….DEMANDING the Super Bowl be played this coming weekend with under-inflated balls. That’ll show him.

We’ve reached what has become Obama’s bedtime moment. He’s irrelevent in the eyes of the world, in the eyes of Americans, and in the eyes of congress. He’s the only one that thinks he still matters. Now, I’ll be blunt about this, and Rush Limbaugh has talked about it…it’s when he’s most dangerous. As you well know, when Bobo loses, he doubles down. Always. And he’s going to show no regard toward the law of the land in the next two years. It’s going to be a game of “Can You Top This?” between the White House and Congress. Now, assuming princess Hillary isn’t elected, all of Obama’s executive orders can be gone in less than 2 years. But in the meantime, he COULD transform the country. Of course, congress COULD defund whatever he’s issuing executive orders about. And I would be ok with that.

Make no mistake. Barack Obama will go down in history as the “Irrelevent President”. He’s done nothing, he has no legacy to speak of, and history will write him off as another Millard Fillmore or Jimmy Carter. Only they were actually more productive!

6 thoughts on “THE IRRELEVENT PRESIDENT”