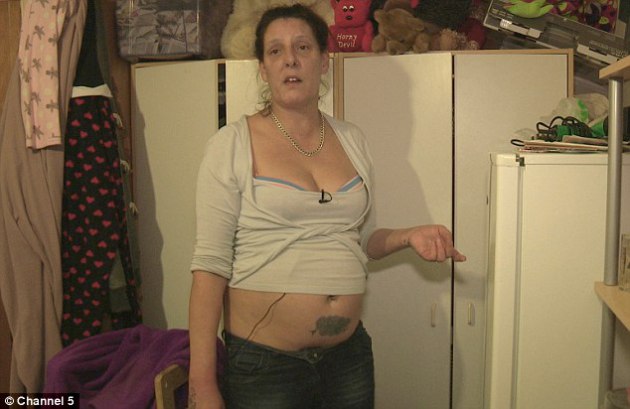 There’s no room in society for the lazy and selfish to profit off the grueling efforts of working class citizens. However, laws set forth by elected officials have allowed for just that, as leeches like Debbie Merton are able to con the system, claiming the amount she receives is “disgusting” and demanding even more.

Appearing on Benefits Britain Monday night, Merton, 46, explains that she has been unable to work for the past 24 years. Of course, she wouldn’t reveal the disability keeping her from working, but she states that it will likely prevent her from ever getting a job.

She also claims that when she was young it was hard for her to find a job. “I tried getting other jobs before I was disabled but couldn’t because I had no qualifications,” she says. “It really winds me up – I get so angry.”

As a single woman, Merton racks in £1,100 (which is approximately $1,700) a month but claims it’s not enough. Instead, she argues that the British government doesn’t really care about its citizens and this is made clear as officials eat “lobster and caviar” and can afford “posh” homes. What she fails to realize is that those are things that were earned through hard work, something that seems to be a foreign concept to her.

“It’s just disgusting how they expect you to live on money and support a house and support yourself,” she went on to explain. While they do provide you money to live, she seems to want to “live it up,” because she’s entitled to it.

However, Merton doesn’t do too bad herself and is considered a “socialite” in the area. She loves to invite friends over to her government-funded apartment for home cooked meals and drinks.

2 thoughts on “Entitled Welfare Leech Starts Making Demands, Here’s What ELSE She Wants”