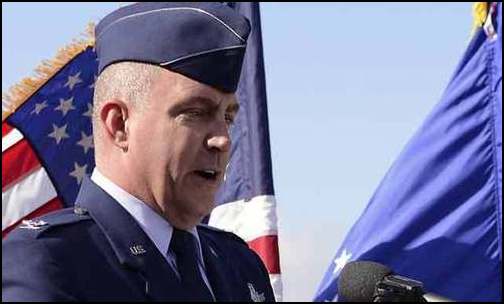 The Air Force Space Command colonel accused of multiple counts of sexual assault and facing courts-martial was found dead of an apparent suicide in his Colorado home on Sunday.

According to Colorado Springs Police Sgt. Tim Stankey, “There is no indication of foul play. We are awaiting the findings of the coroner’s office.” The exact cause of death is still under investigation.

Col. Eugene Caughey, 46, was scheduled to begin his courts-martial on October 17 “in what would have been a rare instance of the military placing a senior officer on trial for sexual assault,” according to Checkpoint.

According to the press release, Caughey, “was under investigation for multiple charges including several alleged sexual offenses, adultery, and conduct unbecoming an officer and gentleman.”

Ryan Coward, Caughey’s lawyer, would not give a statement about the surrounding circumstances of the colonel’s death and stated, “This is very unfortunate for an officer that served our nation honorably for over 20 years,” Coward said in an email. “His family is grieving and asks that folks respect their privacy during this tough time.”

Documents that were filed by the Air Force report that one woman was raped by Caughey and that in two other instances he ‘groped’ women. Also, in violation of an order from a two-star general, Caughey refused to keep his distance from a third victim.

Caughey was one of the September 11 terrorist attack survivors and was at the Pentagon when a plane crashed into the building.

An autopsy will be performed and the exact cause of death will be determined although Sgt. Stankey added that, “We are suspecting no foul play at this time.”