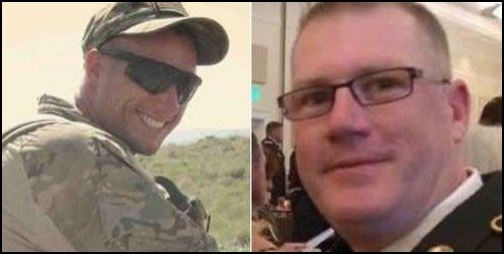 Sunday, two soldiers were murdered trying to protect a woman at a bar in South Carolina. The owner of the bar, Justin Brooks, stated that the soldiers were trying to help her escape from a man attacking her.

After the soldiers dragged, Joseph Mills, 25, off of the women they were shot multiple times in the chest by Mills.

“They both have their hands up trying to talk to him and he just shoots them in cold blood. And then just walks off like nothing happened. Walked off like he was shopping at Walmart, right down the aisle — put a shirt over his head so people couldn’t see him,” Frayed Knot owner Brooks told WLTX-TV in Columbia.

Mills stated that a girl grabbed drugs from his car and ran. When he got to the girl he stated that he was in fear that the two men were going to “lynch” him so he shot them. Mills added that he apologized for what happened.

Mills has been charged with two the two murders of Charles Allen Judge Jr, 40, and Jonathon Michael Prins, 29.

Judge Arthur Myers cautioned Mills several times to remain silent during his hearing but refused. Bond was denied for Mills.

“Judge, 40, was a staff sergeant with South Carolina National Guard, while Prins, 29, was a drill sergeant at Fort Jackson,” according to Military.com. 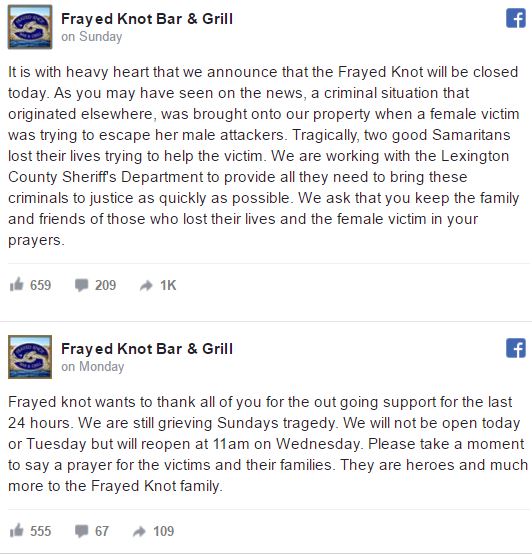 May you RIP brave soldiers.